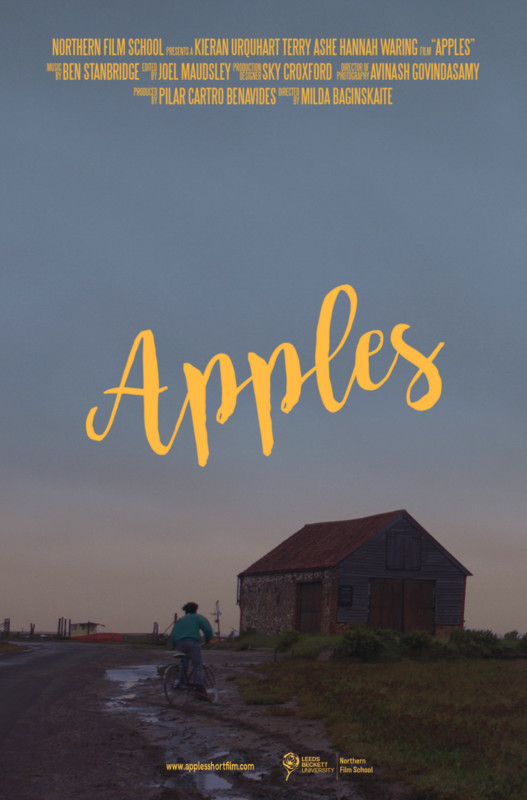 When a young village misfit starts a job at the local apple orchard, the already cold relationship with his grandfather is challenged.

Synopsis:
A coming-of-age short drama that follows a story of a mixed-race loner living with his grandfather in a small seaside village in the 1990s.
After losing granny, his one protection and human connection, Zac is now ready to discover and develop new relationships. In order to do so, he gets a job at the local apple orchard. Little information he learns there about his past becomes the driving force for Zac’s desire to change his outsider life both at home and at work.
In this emotionally complex tale with a complicated family tree, the protagonist learns to connect to others through the passion passed on to him from previous generations. Even a misfit apple doesn’t fall far from the tree.

A recent postgraduate from the Northern Film School, Milda has been directing since the age of six — starting with small theatre productions in an old misused garage in her hometown in Lithuania. With bachelors degree in Film Studies and European Languages, Milda set out to find her own cinematic voice through such topics as childhood, obsession with tradition, beauty, and power. «Apples» is her first film with a large budget, however, her no-budget short «Off Course» has already screened in several international festivals. With a strong photography and theatre background, Milda has proven a successful first time director.

«Apples» was born from a story once told to me by my dad and a documentary on the history of pies I accidentally saw. His was a story about getting over depression by learning to connect to people through sharing apples he picked. The documentary explored the meaning of round-shaped foods and the tradition of sharing. I could not help but connect those two together and start baking my own apple pie.
There is something very magical about an apple, I have always thought, something very poetic and universal. The goal to tell a story that would carry such a weight, a story about real human connection, was the one that guided me through the script development to production.
I am convinced that being a misfit is something that everyone can relate to, at least to some extent. Wether it is your looks or simply inability to express your thoughts amongst a group of loud individuals, I strongly believe that outsiderness is a very relevant and important topic to talk about today. With everything that is happening in the world right now, it seems that promoting an honest emotion, one that reminds us to care for each other and to listen to each other, becomes more and more needed. I hope that the audience can recognise themselves in Zac at least a little bit, and use his experience to help them overcome their own obstacles created by loneliness. After all, that is why we watch films — to recognise ourselves in them — isn’t it? 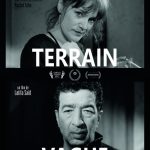 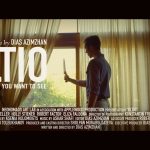