A cable guy comes to customer’s apartment and meets his fate.

Kim Belov was born in Moscow in 1979. He has learned reading at the age of 3, and quickly became a child prodigy. But growing up too rapidly he couldn’t dodge all the problems of coming of age. At the university Kim developed a drug addiction. After struggling with drugs for several years Kim started reading Bible, and it helped him escape the addiction. Now Kim works as a Director of Strategic Communications of one of the biggest Russian media companies. 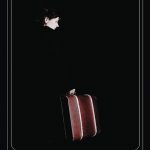 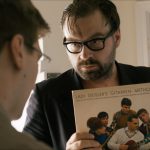