The Departure by Milan Bath

The Departure by Milan Bath 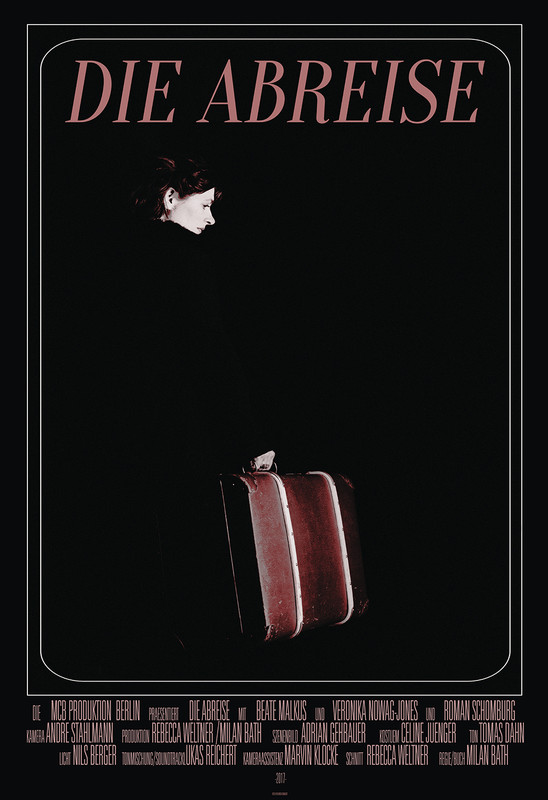 A woman is preparing her flat for departure. Step by step she seems to be following a strict plan. When she realizes to be missing money for the train she asks her german neighbour for help.

After studying history and sociology in Berlin Milan Bath (27) turned to the documentary field. After several collaborations he started his study of Audiovisual Media in Berlin. The Departure (2016) is his first fiction work. It celebrated world premiere at the much heralded Filmfestival Max Ophüls Preis and is screened at festivals around the world ever since.

THE DEPARTURE has been researched in depth and is based on a real document:
before the „resettlement“ german jews received a leaflet telling them how to prepare the flat for the handing over. The detailed requirements made sure that the flat was in perfect shape for the next — german — tenants. The modern rationality embodied by this document inspired us to make a short film focusing on the correlation of modern society, antisemitism and holocaust.
The Departure is conceptional — rational pictures and rational storytelling express the «banality» and buerocratic character of the genocide.