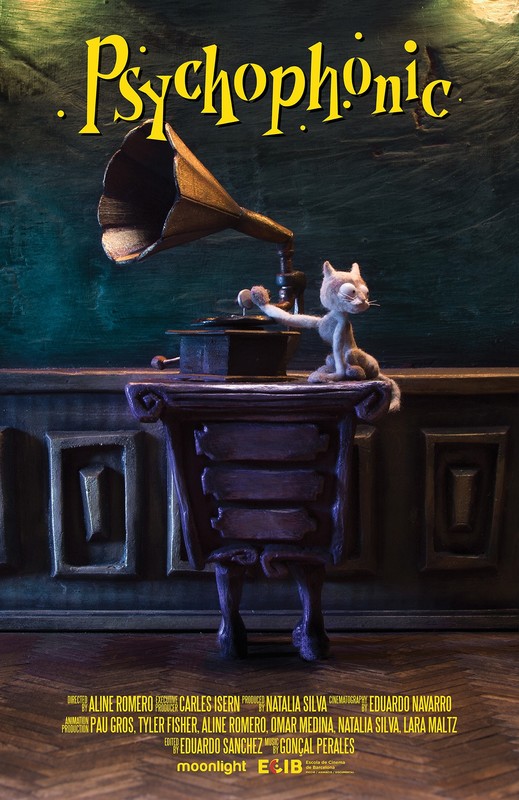 During a full moon night, a cat is trapped inside a spooky house where a gramophone is playing, the cat will discover a secret while trying to escape and run for his life.

Aline Romero, was born in Mexico City. Studied Visual Arts at the National Autonomous University of Mexico (UNAM). In 2009 she received a scholarship to study video art and sculpture at the University of California (UCSD). In the following years, she experimented with stop motion animation and sculpture. In 2014 she moved to Chicago where she founded a design agency. In 2017 she moved to Barcelona to study a Master in Stop Motion Animation at the Escola de Cinema de Barcelona, where she directed the short film Psychophonic, premiered in 2019 at the SITGES Film Festival (SGAE New Authorship category). 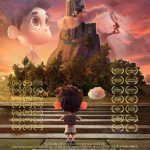 The Boy and The Mountain2021 Animated Shorts for children 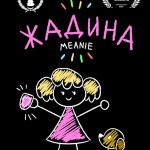