Fit for the future

Fit for the future

Have you ever seen lawyers jumping around and turning somersaults? For this image film we woke up the inner Super Marios of our clients employees. Making them the protagonists of an adventurous short story in an illustrated game world based on the companies 7 guiding principles (simply effective, simply professional etc.).

As a legal expenses insurer, Coop Rechtsschutz (engl.: Coop Legal Protection) is good at solving cases as effectively as possible. Ideally, not in court at all, but early on through skilful mediation. The lawyers and heroes of this story brought their personal talents and style to the set. They stand up for their client against the inflated paper monster.

Based in Switzerland, Zurich area. Started as Graphic Designer with a passion for writing, illustration, animation, film and sound. Dived 2007-2013 into philosophy and game design. Launched a Motion Design School for ad agency creatives in 2017. Currently leading the Studio at Qube Creatives AG, working as a Motion Designer and Cinematographer for brands like Läderach and Samsung. 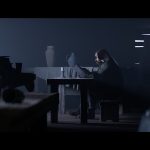 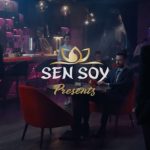