Back to Us is the music short film born out of the Italian edition of the Levi’s® Music Project. Since 2015, the international project has been providing emerging musical talent from specific neighbourhoods with opportunities, resources and suitable structures to refine their skills.

For this first edition, Levi’s has collaborated with award-winning Italian singer-songwriter Mahmood. Focusing on the Milanese neighbourhood of Gratosoglio where he grew up and nurtured his musical talent, Mahmood personally selected 14 students to be part of the programme. Over the course of three months they had the opportunity to meet musicians and producers, as well as take part in masterclasses and workshops as part of their training.

Usually culminating in a live performance at the end of the programme, this year due to the restrictions in place, the creative team together with the client opted for a different format. A choral work, Back to Us represents their artistic and musical journey and the result of their effort.

Gabriele Rossi is a director and DoP working across cinema and advertising. He stands out for his unique way of creating innovative cinematographic landscapes, which has led him to become a point of reference for companies such a s VICE. Over the years he has directed campaigns for a range of international brands, including Levi’s, Iliad, Fiat, Jeep e Abarth. He has also recently shot The Choice, an investigative current affairs documentary about Italy’s Five Star Movement, and Before, an award-winning short film created during lockdown. Since 2019 he has become Partner and Art Director of the independent production 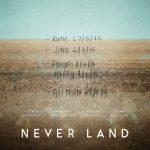