Cigarettes, keys, a cell phone, a wallet – an unfinished life lying in a plastic police bag on the kitchen table. A father and daughter’s eyes meet as they take in the evidence of absence, silently measuring the distance between life and death. From the depths of the bag comes the sound of a phone ringing. That sound will become the echo of human grief.

The movie RED is about the scraps of life of Judyta and her father Zbigniew, shown across several days following the death of Judyta’s brother, Marcin, killed in a car accident. As they try to come to terms with the void left by a loss of a loved one, all their mutual resentment and finger pointing is unexpectedly interrupted by a stranger: Red.

Will he accept all the blame? And will it be enough? Will Judyta and Red be drawn closer together? Can anything new grow upon the sense of guilt? And what hides behind Zbigniew’s loneliness and heavy drinking? And who — really — deserves the noose the most?

RED is a 30-minute psychological drama which takes up the subjects of guilt and the consequences it entails, as well as loneliness. I believe it can affect all the people, regardless of gender or background. RED tells a very ordinary story – one that could happen everywhere and to everyone.

First-time screenwriter and film director. Graduated from the Department of Film Directing at Warsaw Film School, the Department of Journalism at the Warsaw University (majored in Documentaries and Press, Advertising and Publishing Photography), and from the Private Acting School of Halina and Jan Machulski. In 2014 she passed an external exam before the ZASP-SPATiF committee in Warsaw (drama actress). So far she has mostly worked in acting, graphic design, film editing and writing. 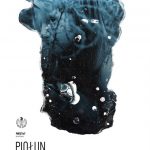 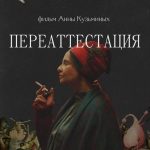