In Z Zegna we see tennis champion Alexander Zverev take on a tennis-playing machine on the courts. When the machine comes to life – shaking with exertion, releasing smoke like sweat and making metallic sounds like breathing – could Zverev have met his match? Prepare for an epic, ironic and surreal match as Zverev, ranked fourth worldwide, faces down the ultimate partner. Luckily his skills don’t disappoint and are as flawless as the Z Zegna Techmerino wash&go suit he’s wearing.

Director and writer, Giacomo believes in the power of storytelling as a means of effective communication. In 2013 he founded his own creative studio The Blink Fish, to support him and add value to each single project. His experience covers the whole range of video production, including commercials, fashion films, short films and documentaries. 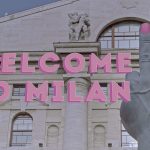 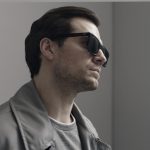