The Princess in the Alleyway by Kurt Shaw

The Princess in the Alleyway 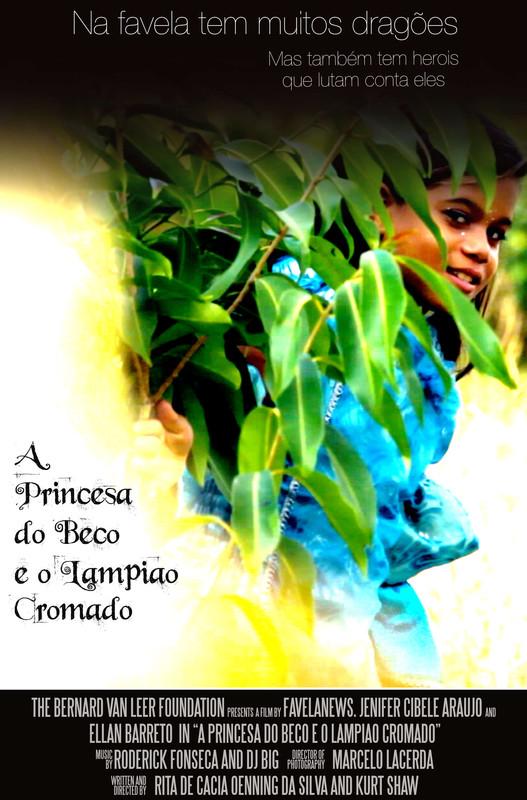 Severina, a ten year old girl who lives in a narrow alley in a favela in Recife, sees something completely different from the slums people see in movies and on TV: a fairy tale of conflicts and romances between kingdoms and princes, where dragons might attack at any time and love is always just around the corner.

Severina tells the story of her prince, Okado, a young break dancer who has been cast as a gangster in a nightly soap opera. Okado wants to present an honest portrait of a gangster on TV, so he interviews the drug dealers in his and in enemy favelas… only to find that the real godfather of crime, a corrupt police officer, wants no one asking questions in his territory. At the same time, he learns that the TV director doesn’t want a realistic gangster, but a cartoon ghetto villain.

As these dragons besiege the alley and tensions rise between warring kingdoms, Severina sees only one way out: a legendary magical fiddle which promises to turn any fight into a dance. She sets out to steal the fiddle, even though it is in the hands of the gang leader from an enemy favela.

Mixing documentary honesty with the innocence of a little girl, The Princess of the Alleyway shows the Brazilian favela like you have never seen it before.

For the last twelve years, Rita da Silva and Kurt Shaw have created a movement of young filmmakers in the most violent slums of Recife, a place where homicide rates are well higher than most war zones. Most of the actors in the The Princess in the Alleyway, as well as half of the technical crew, grew up as a part of this movement, learning camera, acting, editing, and especially storytelling.

Because people from the favelas participated in almost every part of The Princess in the Alleyway, the world it portrays is quite different from the images Brazilians see on the highly news, or what an international audience might see in a movie like City of God or Elite Squad. Seen through the eyes of people who live in the favelas, they are magical and beautiful places.

Half a dozen years ago, as we helped a group of kids from the favela of Arruda make a short film about the alleys where they lived, several of them pulled us toward an abandoned house. “This is the scary place. It’s where the werewolf lives,” a girl said.
Her friend quickly added, “Right. The werewolf and the cops.”
Though we had long worked in the favelas of Recife, that moment exposed something new: the way that kids used the tropes of fairy tales to understand the violent, difficult, and beautiful world that surrounded them. Severina, the heroine of The Princess in the Alleyway, tries to comprehend her world with the narrative tools she has at hand.
Children’s life in the favela is filled with fantasy. Like any other kid with an internet connection or a TV, they watch Disney movies with their fairy tales cribbed from folklore. These kids also live amid the court of the maracatu: the ornate carnaval dance was created by Brazilian slaves to undermine the symbolic authority of the Portuguese crown, and now it fills the streets during festivals. Finally, their great-grandparents lived side by with the mythic Lampião and his motley band of vigilantes — a Robin Hood and his merry band from the desert backlands. Severina’s fantasies express the way that many kids in the favela see the world.
Adults also fill in their confusion about favelas with fantasy. These adult myths, however, don’t come from fairy tales and carnival parades: they come from the nightly news, “true crime” shows, and movies like Elite Squad or City of God. These myths build prejudice against people from the favela and even define the way that slum residents see themselves.
The Princess in the Alleyway defies prejudice and myth not simply by presenting a “truer” representation of the favela, or even by showing the way that some people in the favela see themselves. Instead, it challenges fantasy with fantasy, showing the importance of the stories we tell and asking us to take responsibility for them. 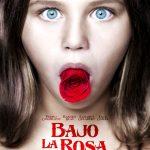