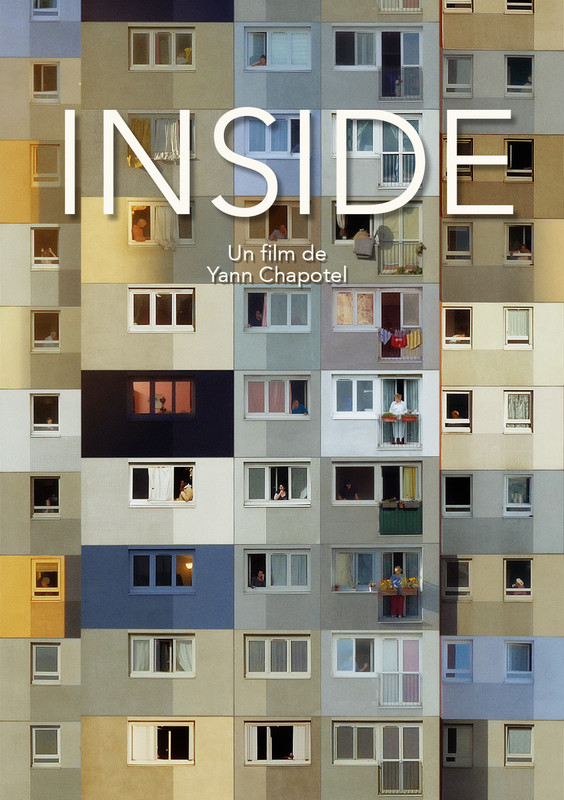 Inside unrolls a mosaic of windows, those of the building that I regularly filmed from my own window. Along this border where the interior opens onto the exterior, a multitude of moments of everyday life overlap and respond to each other, forming a choreographic fresco of simple gestures.

After studying cinema at the University of Saint-Denis (France), Yann Chapotel directed his first experimental short film shot in India with a super 8 camera. Then, with the help of the Pays de la Loire Regional Council, he directs a second short film in 2000. The democratization of video creation tools will then lead him to gradually free himself from traditional modes of production and narration, his language then taking the path of formal experimentation, in particular around the theme of time and its representation.
Along with his personal work, he edited films by artist Camille Henrot between 2007 and 2017, including Grosse Fatigue which won a Silver Lion at the 2013 Venice Film Festival.
He has also been creating video scenographies since 2012, mainly for operas.