Hotel MFW by The Blink Fish

Hotel MFW by The Blink Fish

Shot to celebrate Milan Fashion Week S/S 2020 (17-23 September, 2019), Hotel MFW sees several rooms of the Mandarin Oriental hotel in Milan brimming with unique guests on the eve of Milan Fashion Week. Championing inclusion, diversity and uniqueness, these values form the central theme of the film and are strongly promoted by the Camera Nazionale della Moda Italiana.

The different looks of the models were carefully curated by fashion editor and stylist Georgia Tal, with a focus on supporting the local design scene by featuring a wide range of brands based in Italy, from emerging to more established, namely Annakiki, The Attico, L’Autre Chose, GCDS, MSGM, Paula Cademartori, Sara Battaglia, Stella Jean and Vivetta.

The Blink Fish and the Camera Nazionale della Moda Italiana have been collaborating since 2016, developing an increasingly strong online presence with fresh and relevant video content with each fashion season. Some of their most recent works, such as Start the Buzz, Be Ready and Waiting Room, have been internationally recognised, selected and awarded by several film festivals, including Berlin Commercial, Aesthetica Short Film Festival and the LA Fashion Film Festival.

Founded in 2012, The Blink Fish is a creativity and production company with a wide range of young talents and projects under its wing. The company focuses primarily on fashion films, commercials, music videos, short films and documentary films, taking care of the whole video production, from creativity to post-production and distribution phases. The Blink Fish has won numerous awards at international film festivals, praised for their ability to turn concepts into high quality images, making emotions visible, and giving tangible shape to abstract thoughts. 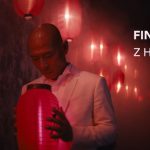 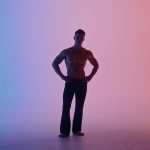