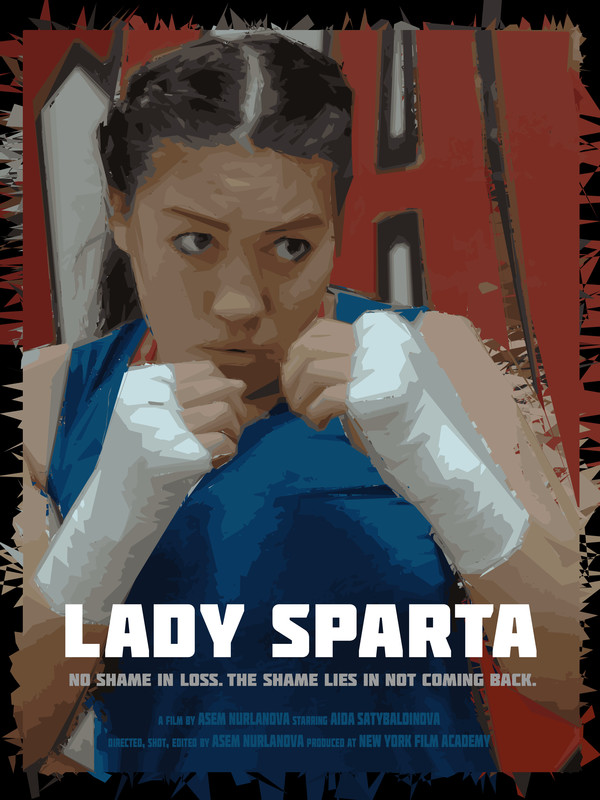 31-year-old Aida Satybaldinova left her native Kazakhstan and now trains in the US to become a world champion in a professional boxing. There she was told that she was old, here she gets friends and support.

Asem Nurlanova is Kazakh director of documentary series about famous sportsmen, Olympic champions. Her last movie «Lady Sparta» offers an intimate and unflinching portrait of Aida Satybaldinova, 31-years-old female boxer from Kazakhstan. She prepares for the most important fight in her pro career and then recoveres after the knock out. Film was shot in Los Angeles and Mexico (Tijuana).

She is a member of the International Documentary Association.